Ladies and gentlemen, friends, enemies and fellow travellers through time and space, we are gathered here this evening to celebrate the birth of a boat while the rest of the world celebrates the birth of a carpenter’s son from the Middle East about 2017 years ago and the start of a new year in Christendom.

Neno has provided a stunning pictorial support to a story I wrote a couple of years ago about the death of a boat, strange but true. The path of Neno to reach this point is truly inspirational.

A gifted economist, able to advise people on how to avoid taxes and create off-shore accounts, Neno had the idea of changing his life-style. He has done so.

He has taken pictures of people in caves.

He decided to go for something much bigger; his decision to travel to Switzerland and take pictures of large pieces of chocolate was an idea which could only have been inspired by a higher power.

Unfortunately, Toblerone was unable to provide a piece of chocolate big enough for his purposes so he told them to fuck off and took a few pictures of the Matterhorn instead. He couldn’t afford a hotel room, being on a small budget, so had to stay up all night, in the freezing cold, with his camera put on a long aperture in case he missed something, such as the mountain moving to Tibet.

This resulted in him winning an international prize from the National Geographic magazine, for those of you don’t know this publication, it’s a bit like Playboy but without the naughty bits. The picture has also been published on the website of the well-respected, xenophobic, ultra-right wing, pro-Brexit British tabloid, the Daily Mirror. I think I made a comment about it, possibly the only one to get posted online.

Inspiration doesn’t come easily to Neno, I know… he’s a lousy cook. Having read a story about Vikings, he decided to do a photo composition of antique Viking helmets in Split. He couldn’t find any. However he has a friend who wanted to build a boat.

This friend, Gugo, had only just started on an extremely expensive project that would take him a little more than twelve years. Being a relatively old man when he started, his project turned into a race between the boat being built and his death. Luckily for all concerned, death lost this race.

However, while demonically taking thousands and thousands of pictures during the process of observing the boat being built and, at the same time trying to ignore the chorus of voices stating that “it will never float, you have to turn it around, it’s upside down!”, Neno noticed that his Viking helmet project was not quite dead in the water, unlike the boat. His eagle eye and trained photographer’s vision observed that if a picture was taken from a certain angle, the boat would, indeed look like a huge Viking helmet! His sanity was saved, and a bare patch on my living room wall was covered. It now hosts a huge picture of a Viking helmet signed by Neno. Such are the vagaries of life. The picture is also included in the book illustrating my story and is the star of the poster promoting this event, though why a picture of a Viking helmet has anything to do with the birth of a ship is anyone’s guess. But, perhaps that’s only me being a little stupid.

This exhibition, stars pictures of the boat in all it’s pure naked beauty. The story isn’t bad either if you get the book. Like his Swiss chocolate project, resulting in award winning pictures of the Matterhorn, this exhibition showcases Neno’s ability to change the most ordinary object into a thing of beauty. I can’t wait until he starts photographing ladies well-rounded bottoms.

With these few words, I would like to wish you all a very Happy New Year, may it be better than the last…. Enjoy the exhibition and leave some booze for me…… Neno, your turn…. Thank you. 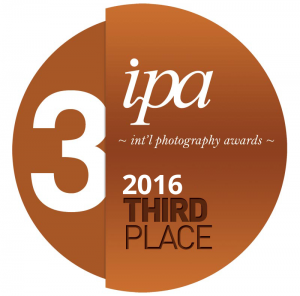 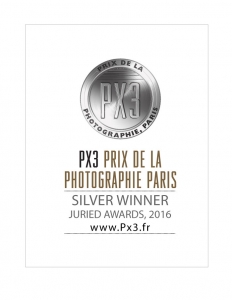 Don’t be misled by the prosaic title of this book. The Matterhorn is hardly “just a mountain.” Straddling the border between Switzerland and Italy, the Matterhorn may not be the world’s tallest pinnacle, but it’s arguably the most dramatic, its almost perfect pyramidal shape offering four distinct faces to the world. The British art critic John Ruskin called it “the most noble cliff in Europe.”

Nearly as awe-inspiring are the images that Croatian photographer Nenad Saljic has made of the Hornli Ridge, which connects the East and North faces of this fabled peak. A mountaineer in his youth, Saljic utilized time exposures to capture the sweeping movement of clouds and the streaking paths of stars in images of infinite variety and fascination. His photographs graphically invoke the Matterhorn’s mystique and majesty, as well as its menace—some 500 climbers have died trying to summit it—while seemingly evoking its past, present and future.
By Dean Brierly
Black & White Magazine, Issue 112, Dec 2015, USA